Prevent is a tool for a new secular authoritarian future 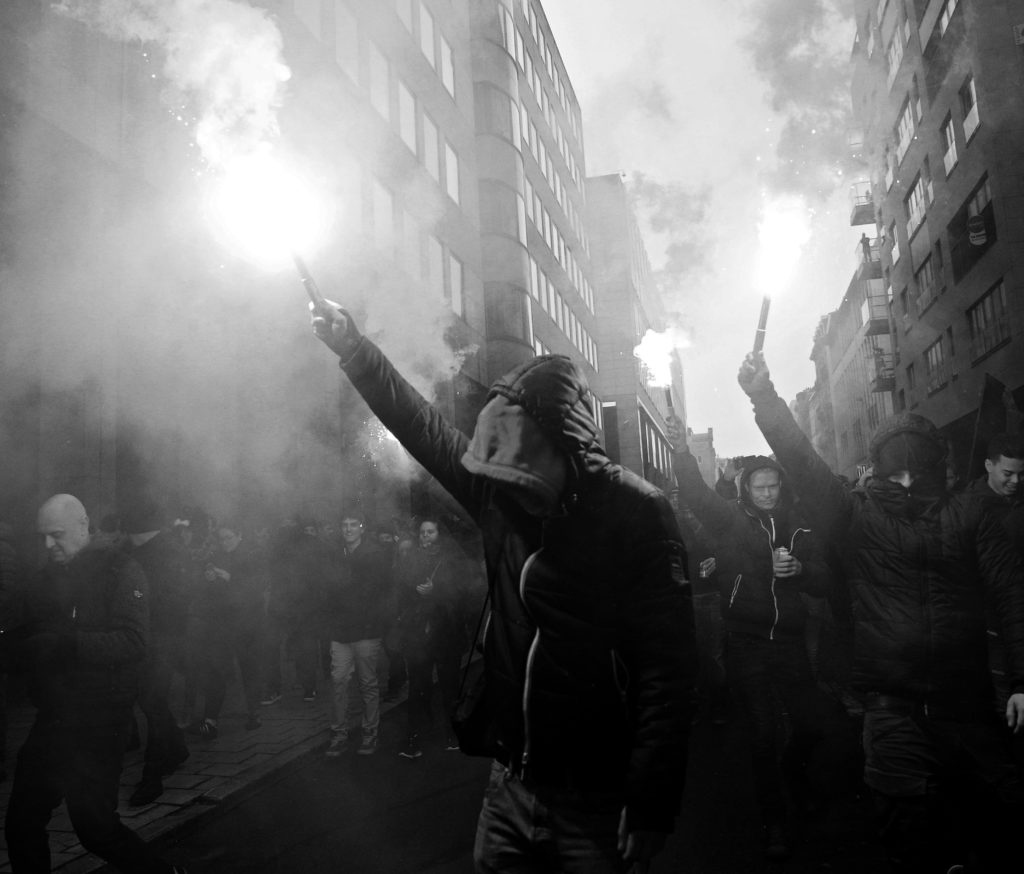 Since the introduction of Prevent, the number of “non-violent” terrorism (itself an oxymoronic term) offences have increased – and we can expect more of them.

Prevent continues to operate within, and sustain, its own legal hinterland – both in terms of criminalisation and generating activity in a newly defined “pre-crime” space.

To justify such developments, a campaigning political landscape as opposed to a landscape of good governance is required and is indeed, being vigilantly fostered.

We hear legal experts saying that the problem with Prevent and other policies lies firstly – and crucially – in their legality under British due process, as well as their common sense. But these are opinions are being ignored.

Into this steps Islamophobia as a kind of “wedge” issue behind which the government has been able to gather popular support for Prevent and other similar policies.

This has brought a crisis of democracy. Alongside Prevent’s “pre-crime” landscape of harms, is the hollowing out of public services – for example, schools by 2030 will no longer be run by local councils.

The move to delink Prevent from safeguarding is a crucial tipping point in this authoritarian direction of travel.

By doing so, Prevent reviewer William Shawcross will try to take Prevent out of local authority responsibility and place it more directly in control of the Home Office.

But it also creates a unique opportunity for Prevent experts; the moment provides an opportunity to highlight how the programme has in fact delegitimised itself and when interrogated, is not legally legitimate under rule-of-law principles – nor does it make common sense in a diverse Britain.

How the “Prevent environment” has evolved and why

In this view, what is missed is that Prevent has worked in parallel with government policies around austerity, and the cost-of-living crisis is connected to austerity.

This is because the current government has shown no commitment to equalities. When it speaks about “levelling up”, it is not talking about real redistribution of income or increasing the universal benefit; we can see this through its policies on the ground.

To mask this, it is necessary to scapegoat a group so that the blame shifts away from government, who, despite being the entity charged with the responsibility to make people’s lives liveable, is instead blaming much of their mistakes on the Muslims.

From a political strategy point of view, if you’re going to have policies that divide the population, to cling to power, then it’s best to present the majority as “the people”, and the others as the minorities and “the problem”. This is a historical fact.

Prevent as an indicator of a new secular authoritarianism

A lot of policy documents have been created on the back of Prevent – so it has been created and is perpetuating a separate legal architecture.

A dry look at the legislation doesn’t really reveal the danger, but when it is enacted, there is real harm – especially in the cases of children.

This is made even more troubling when Shawcross shows every indication of removing the link between Prevent and safeguarding – not to admit that Prevent was never about safeguarding in the first place, and that this was simply a means to legitimise counter-terrorism questioning school children, but rather to remove Prevent from Local Authority auspices.

Thus, there will be a direct line of authority from the Home Office to local Prevent panels. This will mean nothing less than a police state; in practical terms for those targeted, participation may well become mandatory or at least even more deeply coercive than it already is.

This is because Shawcross has asserted that those suspected under Prevent should not be seen as “victims” but as “active agents”. We remind the readers that over half of Prevent referrals are children under 18.

When ordinary people are ruled through the lens of “risk”

Broadly speaking, Prevent exists within and is a key role player in an emerging environment based on viewing people through the lens of risk, not trust.

Consequently, government policy and even laws, are being made primarily based on notions of perceived risk.

This presents huge problems not only in terms of placing the burden of proof on that one who is labelled “risky”, rather than on the state – a major development in the undoing of much of Britain’s tradition of due process – but also on who gets to decide who is “risky”, and, furthermore, what “risk” really means.

To adopt a broad view, other problematic government policies such as sending people fleeing war to Rwanda – and that it is even a justifiable idea to send people away – are a part of this “pre-crime” environment.

Indeed, Prevent is a front player in making “risk” a determiner of “guilt”, as opposed to evidence.

Again, the audacity of such an approach, its lack of humanity and the inner core of almost palpable paranoia and fear that drive it (a lot of which is based upon imagined threats conjured and sustained by the “democratic advocacy” of the far-right; attacks on civilians in the UK are mercifully rare), can only be justified to ordinary people through populist tactics.

This populism is taking place at the expanse of fact.

We are at a crisis in democracy, which is a crisis about the nature of participation in society. More Muslims will be reported, suspicion between communities will increase, and fear will be the driving force of much of British public when interfacing with the services of government.

This can only be counterproductive.

By joining together with others, people moderate one another, and in fact develop commitments to positive change.

However, it appears this government thinks the ballot box is the only democratic process worth supporting – and so we are being ruled by emotion and populism, and an almost brazen denial of fact.

Still, the answer to this lies within a stronger civil society consisting of a more unified Muslim advocacy, courageous academia willing to expose falsities and half-truths and a brave public who are willing to refuse to comply to genuinely protect those in their care.

We start by acknowledging that what is happening to British Muslims can easily happen to other groups, and we are all implicated in this.